Victims of pedophile priests at the Sejm: There are thousands of us. The State must force the Church to face us

Establishment of a commission independent from the Church, publication of the list of perpetrators, ensuring financial compensation, legal and psychological support for the victims, abolition of time bar for sexual crimes - these are the main postulates of victims of pedophile priests, announced at the press conference organised by Joanna Scheuring-Wielgus

“It is a historical moment. The subject of pedophilia within the Church has never been discussed in the Polish Sejm. For me this is a particularly important moment, because I am a mother of three. It is my duty to help those who have been harmed, and there are very many of them” – with these words, Joanna Scheuring-Wielgus of .N opened the conference „Let’s side with the children. The Church, the state and victims of pedophilia” on the 6th April (the recording of the conference is available at the website of the Sejm).

„Unfortunatelly, the guidelines of the Polish Episcopal Conference do not provide for establishment of a commission or another collective organs victims might refer to. There is no Church document to regulate this issue. The Polish Church turns away from the victims, sending them back to the direct perpetrators”

– said Marek Lisiński, president of the Foundation „Nie Lękajcie Się”, which supports pedophilia victims (we publish the speech below).

Lisiński, who himself fell victim to a pedophile priest as a child, expressed the victims' thoughts:

„We are like a broken mirror. And the Church as an institution along with a part of the society, keeps trying to break it further, to even smaller elements, until it dissappears. Many of us have committed suicide. We exist and we will be a living testimony”.

The conference was also attended by:

Apart from Scheuring-Wielgus there were also other politician within the panel Tomasz Zawada, member of the National Council and Secular State Group of Partia Razem and Ryszard Kalisz, lawyer and former member of SLD. The discussion was moderated by Agata Diduszko-Zyglewska, a journalist at the Political Critique platform.

Invitations to the conference were sent to all current MPs, but only Monika Rosa and Kamila Gasiuk-Pihowicz  of .Nowoczesna appeared. Father Adam Żak, Episcopal Conference’s coordinator for protection of children and youth did not arrive either, although invited.

„It’s a pity that no representatives of the Church have joined us, but it is hardly surprising. Lately, the Church as an institition applies a discourse to put blame for priests' pedophilia on the society” – Lisiński commented.

The only catholic priest among the audience was Wojciech Lemański, suspended in his functions by archbishop Henryk Hoser for „lack of the spirit of obedience”.

Concluding the discussion, Agata Diduszko-Zyglewska described four postulates which should be fulfilled by the Polish Church and Polish politicians to support victims of pedophile priests:

Marek Lisiński: there are thousands of us hidden in our trauma and pain.

Can a broken mirror be fixed? Yes, it can, but scratches and distorted reflection of reality will remain forever.

We are like a broken mirror. And the Church as an institution along with a part of the society, keeps trying to break it further, to even smaller elements, until it dissappears.

Many of us have committed suicide. We exist and we will be a living testimony.

On behalf of the survivors I thank you for this meeting and for a discussion about this important social issue of pedophilia in the Church.

It’s a pity that no representatives of the Church have joined us, but it is hardly surprising. Lately, the Church as an institution applies a discourse to put blame for priests' pedophilia on the society.
In fact, the problem of child abuse, rapes and harrassment is present not only within Church institutions. Very often we are asked: why the Church then, and not other institutions? This is a question, but an accusation, too. But the answer is simple: no other institution has a motto like the Church has in its Catechism:

“If anyone causes one of these little ones—those who believe in me—to stumble, it would be better for them to have a large millstone hung around their neck and to be drowned in the depths of the sea” (Mt 18,6).

And article 2285 of the Catechism provides:

„Scandal is grave when given by those who by nature or office are obliged to teach and educate others. Jesus reproaches the scribes and Pharisees on this account: he likens them to wolves in sheep’s clothing (cf. Mt 7,15)”.

Pedophilia in the Church is a problem for the institution, for the society and for law abidance.

Considering respect for the other man, for their opinions and requirements, we are looking for the simplest solutions which may meet expectations of both parts: the Church and the victims.

The expectations of the victims involved with the Foundation are express, specific and possible to fullfil.
With an intention to obide both by the Church law and secular legal provisions  it would be recommendable to create guidelines in cooperation with the persons concerned themselves, and victims of pedophile priests are certainly concerned.

Referring to international standards, one should remember that in many countries victims are entitled to a compensation regardless of the date of the crime. In many countries commissions have been established including representatives of the Church, lawyers and victims themselves. Members of such commissions analyse together cases reported by victims, and strive to ensure the victims' right to legal and psychological support.

The scale of the crimes is investigated, too. High officials of the Church in these countries have shown enough humility and respect for victims to make the meeting and mutual cooperation possible and it led to actual, measurable effects.

Unfortunatelly, the guidelines of the Polish Episcopal Conference do not provide for establishment of a commission or another collective organs victims might refer to. There is no Church document to regulate this issue. The Polish Church turns away from the victims, sending them back to the direct perpetrators.
According to the guidelines, penal and civil responsibility for such crimes is borne by the perpetrator as an individual. (…)

But we did not find in the guidelines such simple solutions as individual apology from bishops or strict sanctions for perpetrators. We do not believe removal from priesthood for three years a severe punishment – this is an actual example of a case.

Compensation for the harm suffered (e.g. financial compensation) should be a standard.

Why won’t Church dignitaries face cases from the period after the war until nowadays? Why won’t they speak about the past and solving cases beyond the time limit? Harm and pain of the victim don’t have a time limit – they will last until the victims' death.

We don’t want a dialogue through media, but today, with the Church’s passive attitude, there is no other possibility.

Pedophilia in the world

The examples I am going to quote may seem distant, but why should we think that in Poland the scale of pedophilia in Church is smaller?

In the USA 4 pct. of priests were accused of pedophilia.

In Australia  investigations by the sexual abuse of children commission show that 7 pct. of priests were charged with committing such crimes between 1950-2010. In some Australian parishes even 15 pct. of priests were under suspicion. The total number of victims reached almost 4.5 thousand [in Australia there are 24 million inhabitants, including 45 pct. catholics and protestants, 30 pct. declare no religion – editors' note].

In Belgium  there have been about 500 victims of pedophiles since the 1950s; 13 of them committed suicide. In Belgium the Catholic Church found 134 pedophile priests.

According to the  Dutch report for 1945-2010 tens of thousands of children suffered sexual violence from catholic clergy, including 10-20 thousand children between 1945 and 1981.

The Irish  commission in its first report for 1936-1990 wrote that at least 800 priests, nuns and monks committed harassment, rapes or forced labour on children under their custody.

Similar reports have been developed in Germany, Spain, Chile and many other countries.  All those discoveries were possible only upon establishment of special commissions which were independent from the Church. We request such a commission in Poland, too.

However, the institutional Church in Poland refuses to talk to us at all and it places all the responsibility on direct perpetrators. The guidelines approved by the Episcopal Conference are meaningless words.

On behalf of the Church, Father Żak is responsible for priests' training and pedophilia prevention. This is a good initiative, but no step forward is possible without reckoning with the past.

There are thousands of us hidden in our trauma and pain. Too much evil has been done for the tragedy of children to be left in silence.

Sometimes we hear accusations that our families and upbringing are to blame, that we children provoke the perpetrators. And I will keep repeating: even if as a child I walked around completely naked, nobody had a right to touch me. It was not our fault.

We don’t have access to documentation of trials at ecclesiastical courts, because the Church claims that we are not concerned in church issues. And who is? – I want to know. Who, if not us, who were raped and harassed?

Nothing is known about the fate of the perpetrators. They are not controlled, they are transferred from a parish to another or abroad, hidden in retirement homes. They suffered no punishment at all.

Even in this house we also called for justice. We wrote letters to all parties and all party leaders. And nothing happened, because it is a politically inconvenient subject, and voters are all that matters.

We are not asking for meetings or conversation in the quietness of monasteries. We offer an open discussion. We want to speak to the Primate of Poland, to the Head of the Episcopal Conference, to its Secretary-General, Secretary of the Theology Section of the Faith Teaching Commission. We don’t want meetings with delegates who have no influence and no right to take decisions.

We trust that a mutual dialogue will allow development of solutions which will be satisfactory for both parties. After all, we share the same objectives, as the bishops claim, we want good for every child harmed by a pedophile priest.

Let our reliability be judged by neutral experts and not judges involved with the Church. Let’s protect our children and let’s enforce which is not respected now. Criminals are placed in monasteries and retirement homes instead of jails.

More than two hundred victims of pedophile priests have already reported to the Foundation. We have a list of 60 sentenced perpetrators. This is my appeal: don’t leave us alone like you used, alone with our traumas and society’s misjudgement. The Church alone will not solve  this problem. Only social pressure may prevent further tragedies of children.

You see a grown-up man before you. Most victims are grown-up now. These are children who are raped and harassed but only as adults we are mature enough to speak about it. Don’t break any more mirrors. 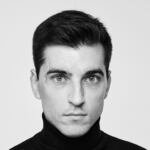