Chief Justice of Poland: This is a coup d’etat against the Supreme Court in Poland

"No political force is allowed to destroy the constitutional structures of the State like an occupying force. I am warning the government: You are walking carelessly along the abyss in which the whole Nation may finally fall down" - writes prof. Gersdorf after the final act of destruction of the independence of Poland's judiciary

This open letter has been published by the Chief Justice of Poland, Malgorzata Gersdorf on the 22nd of December, one day after the President of Poland, Andrzej Duda, has signed two bills undercutting the independence of judiciary: the law on the Supreme Court and the law on National Council of Judiciary. These laws hand over the control over the judiciary in Poland to politicians, and more specifically to the ruling government. Thus, they break the principle of separation of powers stated in the Polish Constitution and in the European law. The European Commission has just triggered Article 7 against Poland on the grounds of breaking the principle of the rule of law, as stated in Article 2 of The Treaty of Functioning of the European Union.

Dear All, Women and Men, Citizens of the Republic of Poland!

I have an obligation to speak out in a turning moment for all of us, motivated by the reflection on Article 1 of our Constitution stipulating that the Republic of Poland shall be the common good for all its citizens.

The day has come when in the country at the very heart of Europe, the incumbent Chief Justice of the Supreme Court is being removed from her office in the course of her term, all this being caused by the operation of Acts of Parliament which have only an appearance of legality.

The coup d’etat against the structure of one of the most important State institutions is taking place. To be sure, not with the armed force or the paramilitary troops but “only” by misusing legal institutions which, according to a famous Gustav Radbruch’s formula, constitute a ‘statutory lawlessness.’ Rubicon has been passed. No one has even taken care about appearances as experienced by taking over the Constitutional Tribunal; in the latter case, at least the full term of office of its President was stood on.

Not only have the opinions of the Polish and foreign academia been disregarded, but also the appeals by the Polish NGOs and renowned authorities from Poland and abroad, and the opinions of the common people. The political party, whose leadership has rewritten the scores for building up autocracy in the shadow of their offices, finally strives for the power of dictating judgments.

In order to attain this objective, they need a lenient court’s staff. Office holders who prefer obeying laws rather than the blind obedience to commands are being removed with the legal violence, that is, by imitating the acts of law making and law application.

We live in the world of illusion, reading shades of the laws.

There is no moral or legal justification for the accountable for the destruction of the democratic rule of law in Poland, as stated in Article 2 of the Constitution!

Every law which runs counter to the principle of independence of the courts, including the Supreme Court, breaks the basic constitutional right of every citizen, being the integral part of not only our European culture, but also a well-established international standard, enshrined, among others, in Article 14 of the International Covenant on Civil and Political Rights.

I would like to be well understood: I do not defend my own position. I defend the principles. I have persisted as the First President of the Supreme Court in spite of the everyday’s personal attacks, sea of lies, and the manifestation of contempt. To say that it is a difficult task, means to be silent on too many things! I bear , however, these cases of the brutal suppression fully aware of representing the Nation: as a judge and the Chief Justice, I received the mandate from the hands of the President of the Republic, as the supreme representative of the State (Article 126(1) of the Constitution) elected by the sovereign, which is the People of Poland.

Thus my mandate is at least as strong as the one granted to the MPs. I swore to preserve the rule of law and I will not bow to the pressure. If I do, it will mean my consent to the unlawfulness and injustice, to the destruction of the rule of law.

I warn the government: do not break the social contract written in the form of the Constitution. You are walking carelessly along the abyss in which the whole Nation may finally fall down. As justly remarked in the American Declaration of Independence of 1776: „Prudence, indeed, will dictate that Governments long established should not be changed for light and transient causes […]. But when a long train of abuses and usurpations, pursuing invariably the same Object evinces a design to reduce them under absolute Despotism, it is their right, it is their duty, to throw off such Government, and to provide new Guards for their future security.”

I am calling the Citizens to read the Polish Constitution and to draw conclusions thereof. In your own interest, consider the way the government is following, remembering at the same time that one who wins the democratic election holds the power not only for their own electorate but in the name of the People.

No political force is allowed to destroy the constitutional structures of the State, as an occupying force would do.

By the way, the cardinal idea of the common good is the cornerstone of not only the Polish Constitution but also the Catholic social doctrine, so close to the believers. Thus its violation is not only illegal but, moreover, deeply immoral.

We, the People of Poland, do not and cannot give our consent to it! 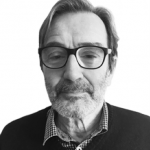