Though in Warsaw women are demonstrating for the 18th time already, there is no end in sight. On the contrary, the past year has brought governmental violence against women to new heights. Particularly in the area of sexuality, but also as far as the right to defend oneself against physical and psychological abuse is concerned.

Prescriptions for “The Pill of Death”

In February 2017, the government adopted an amendment in accordance with which the ellaOne pill, the so-called “morning-after pill”, will be require a prescription. Minister Radziwiłł has given various reasons for this decision. Usually, these justifications contradict each other. First of all, the changes are motivated by the health and safety of the patients. Second of all, all other contraceptive drugs are also prescription drugs. Third of all, according to the Minister, ellaOne is an abortion pill.

So which is it- an abortion pill or contraceptive pill?

In Europe, erectile dysfunction drugs were determined to be slightly more harmful. Poland is the only country in Europe where viagra-like drugs are available without a prescription, despite the protests of the Polish Society of Sexual Medicine.

However, as it turns out, purchasing the pill with a prescription can be difficult as well, and Minister Radziwiłł himself, who is after all a doctor, sets significant hurdles:

„I would like to ask the doctor, rather than the Minister, would you, as a physician, prescribe the morning-after pill to a patient?

What if she were a victim of rape?

No, I would not prescribe it. I would invoke the “conscience clause”.”

According to the Bioethics Committee of the Polish Academy of Sciences, the conscience clause does not apply to writing prescriptions.

Member of Parliament Marek Suski also expressed his views regarding the morning-after pill: “ [elleOne] Terminates pregnancies. Does it treat anything, I ask? If this is a medicine, it should be available. This pill treats nothing. This is not a pill of health, but rather a pill of death. If we have such a pill, let it at least be prescription only.”

Does this mean that a pill which kills may be sold, as long as it is prescribed? Or maybe there simply is no rational explanation for making ellaOne prescription only?

Alive or dead? It doesn’t matter

In September 2016, the Ordo Iuris Institute introduced a proposed bill which completely prohibited abortions and established penalties for women who underwent the procedure. The Parliament did not reject the proposal in the first reading, sending it to committee. Mass protests by women- the Black Monday of October 3rd- showed the members of the Polish parliament that this was no joking matter. Three days later, the Parliament rejected the proposed bill.

These events gave may men, including politicians and priests, the opportunity to share their opinions on giving birth, impaired fatal development, rape.

“We will strive to make sure that even in very difficult pregnancies, where the child cannot survive, is badly deformed, end in birth after all, so that the child may be christened, buried, named.” said Jarosław Kaczyński in an interview for Onet.pl.

Another politician from the Law and Justice party, Jacek Żalek, in an interview with Tok FM Radio, shared the following thought: “If it does not affect the health of the woman nor her life, then if the pregnancy resolves itself natural, what is the harm? What are the effects, other than removing the woman’s responsibility for killing the child?”

Archbishop Henryk Hoser turned out to be an expert on rape:

“It is well known that stress, anxiety is one of the psychological reasons for infertility for example. An in such a case [rape] the stress is so severe that fertilisation happens more rarely than in normal conditions.”

Sadly, rape results in at least as many pregnancies as regular intercourse.

The issue of abortion did not end on Black Monday. The Polish Federation of Protection of Life Movements put forward another petition to the Parliament asking for a complete prohibition of abortion and emergency contraceptives. The imprecise wording of the proposed bill could mean that even regular hormonal contraceptives would be prohibited.

On the 26th of January, the committee in charge of dealing with the petition did not reject the proposal but applied to Prime minister Szydło, requesting information concerning the implementation of the “in support of life” bill (which became law on January 1st 2017) and the further plans of various departments regarding their efforts to protect life. The Prime minister has 3 days to respond. The deadline will pass in the first half of March.

In June 2016, Konstanty Radziwiłł, in accordance with the wishes if the physicians Lobby, that is the Supreme Medical Council, quietly pulled back the “Childbirth with Dignity” standards.These Standards came into force in 2012 and were he result of many years of efforts, discussions, clashing of opinions. The Standards detailed women’s rights to childbirth during which they have as much freedom as possible and are treated with respect. Medical personnel is meant to treat them as partners, ask for their opinions, limit medical interference to the necessary minimum.

Early in 2017, Minister Radziwiłł suddenly come out with a new proposal- a special task force will be established and will create a new set of standards. The task force includes dr Bogdan Chazan- associated with ruthless opposition against terminating pregnancies- and an official valued by the public was dismissed. The Minister promises that he will establish standards even better than the “Childbirth with Dignity” ones. Admittedly, they might be just organisational standards, not medical ones, because the Minister divested himself of the right to change medical standards in the June amendment. When it comes to medical standards, they rather be “recommendations”.

To sum up, we don’t know what we will have, but we do know what we won’t have. We won’t have standards which doctors must meet and thanks to which childbirth need not be a traumatic experience.

That is, in short, President Andrzej Duda’s  position regarding the Convention on preventing and combating violence, which Poland signed, thus commenting itself to following it.

“I indicated that we have very good regulation regarding violence, it functions well, is enforced. Accepting additional regulations is unnecessary, because in Poland it works. That is why we need not make any additional commitments.”

In December 2016, OKO.press revealed plans to revoke the Convention, which, after a series of contradictory statements by a number of ministers, we suspended. However, if even the President has such a dismissive attitude to a piece of legislation, the government may try again. Or simply consider the law obsolete. 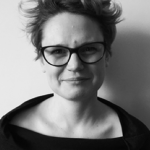