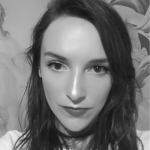 Chief EP negotiator for the rule of law conditionality: 'We gave nothing to Kaczyński and Orbán'