„People are already dying, and freezing temperatures are coming”, warns an activist on the Polish border

“What is happening at the border is some sort of hunger games, it’s one big concentration camp” says a volunteer on the situation on the Polish-Belarus border. He hasn’t slept for the last several days so that he could bring something warm for the migrants and offer them legal help

Our conversation with Krzysztof, the volunteer with the Border Group [a group of volunteers bringing humanitarian aid to the refugees on the Polish-Belarus border] takes place moments after a rescue operation aimed at a family of 7 from Iraq.

The severely chilled group, including four children between a few months to a few years old, had been camping for three days in forests near Mielnik (Podlaskie voivodeship). Activists from the Border Group, worried about the state of the migrants, called the ambulance associated with the Medics on the Border [a Polish group of doctors bringing medical help to the refugees on the Polish-Belarus border] – despite the terror of the father who pleaded not to alert the authorities.

After the examination, the paramedics recommended that the group be handed over to the [border] services, where they could apply for asylum. Before that, the intention of the group was to walk all the way to Germany, where the father lived for six years (he’s a certified airport employee) and where he also has a son. According to the EMTs, the group had no chances of making it to Germany.

The Border Group offered the family legal help; as a result, the family decided to apply for international protection in Poland. Initially, Krzysztof did not allow the [border] patrol to approach the family, standing between the family and the border guards. He demanded confirmation that the asylum procedure would be performed as the law demands. The border guards first retreated, and then stated in front of a camera that the family will not be transported back to the Polish-Belarus border, but to the local border control station [where their asylum application would be processed].

Below is recorded live transmission from the forest near the border, where a family of migrants was trapped.

The activists were relieved. Krzysztof apologized for harsh words he directed at one of the border guards when the latter accused him of hindering the border patrol action.

Maciek Piasecki, OKO.press: You’ve succeeded. How do you [members of the Border Group] feel right now?

Krzysztof, volunteer of the Border Group: Extremely, absolutely tired… We’re taking on something that is too hard to bear for a [single] person, we are not prepared for this. We haven’t slept for many days. What we really need is for this to be over, for the border to be open. All those people that at this moment are stuck in the limbo on the Polish-Belarus border are hostages of the situation. These are innocent people, irrespective whether they are men, women, children, or refugees – we are all people, and we need warmth.

How serious is the situation of people helped by the Border Group?

Soon the days will be freezing, and each day more and more people will succumb to the cold. This is homicide: leaving these people out in the cold and throwing them back to the [Polish-Belarus] border, which is an effort aided by the legislation currently pushed in the Sejm [Polish legislative body].

For the last ten days the weather has been beautiful, it hasn’t rained, and it’s dry, so that one can even lie on the ground and not become wet. However, soon the rain will come, and cold and dampness are the biggest enemies.

How can one support the Border Group?

We are terrified and worn out, and we really need more people to join the effort to help the migrants.

We would like to appeal to people on the eastern border of Poland: take these people to your homes. These people are freezing to death.

Do not turn them over to the Border Patrol, the guards are also not prepared for this situation. Inform the media, keep these people warm, all they need right now is simply warmth.

How can people from other parts of Poland help?

They can come here and, like us, go to the forests, handing out water, food, and warm clothes. Look for these people, talk with them. Legally, we can only come here, outside of the emergency zone, and hand out these donations. We have no entry into the emergency zone.

There are awful things taking place in the zone. Today we met a migrant whose health was in a hopeless state, he had a stomach reaction after he drank water from a swamp. Can you imagine a situation where you are forced to drink from a swamp?

What is most needed?

Warmth. Winter is coming, and with it terrible, freezing temperatures. Last night we were horrified because we knew there were people dying on the border, we were in contact with them. [We were in contact] With a man who, after a couple of hours in a hospital, was taken from the hospital, with hospital bands still on his wrists, in a mental state that did not allow him to speak sensibly.

He had been sending us voice messages for a long time, the communication with him was very active, but it fell silent yesterday after the Polish Border Patrol took him from the hospital and transported to the Polish-Belarus border.

A border patrol guard told us there are 7000 people like this. [Polish people] are afraid that if we let these 7000 migrants in, there will be next 7000 and the next 7000… We are in a climate crisis, countries which these people are escaping are in a state of war. They come here to live. They have no idea where they are going, they are terrified when they realize there is another country between Belarus and Germany.

Is it important for the media to be here?

If the media were not here, that family would be put in a van and transported to the border. With kids or without kids, they [the border agents] do not care, it is of no importance to them. We have really lost faith in the Polish state and in any help from its side. We do all of this against the Polish state.

What is happening at the border is some sort of hunger games, it’s one big concentration camp.

The only way in which we can help these people is if people who live in the emergency zone take them in for the night. If they allow them to get warm, to get rid of this damned hypothermia. These people are dying from cold, hunger, and fear.

What can be done by the members of the opposition?

I am convinced that members of the opposition who really want to help these people are already doing whatever they can. Others may choose to not vote for a law that legalizes push-backs. I’ve been here for many days now, I don’t have access to the news, we have no time to check for political updates.

We trek from group to group, we try to pass the items donated by people. I offer sincere thanks for every children’s coat, children’s shoes, but also for every men’s coat, as men are in the same state and they are also dying. It is absurd and horrendous that gender and age often define how we treat these people.

Children, families, women are treated better than groups of young people, those who are the strongest and are able to go out of this concentration camp, cross this border many times, be pushed-back. They are continuously trying.

We are finding out about those who lost their lives this way.

This family today, their children, they would die today if the media were not here. There are plenty of such families in the forests. Sometimes they are in a horrible medical state, and they still do not decide to call for an ambulance, because the EMTs bring them to a hospital, and the Border Patrol takes them from that hospital and transports them to the border.

Immigrants who are sick still try at all costs [to continue], as long as they can walk and they have any chance of not being pushed back to the border. This is hell, absolute hell, only hell that froze over.

What do your efforts to help look like right now?

All we can do right now is fight the freezing temperatures. We deliver coats, we hand out soup, porridge for babies, and we explain to these people, who have no experience of dressing [for such weather], how to keep warm.

These people are coming from countries where the weather is entirely different, they are not prepared for travel through Polish forests, they are terrified.

In one of the groups the only person who could in any way communicate with us was an 11-year-old girl; she had to take care of her entire family.

I can see that you are barely able to stand. How long has it been since the last time you slept?

I don’t know. I should definitely be sleeping right now. But I came here because I’d found out that this family hadn’t had a document stating that they give the power of attorney to a person that would represent them in court.

We need to make copies of these documents because sometimes the Border Patrol simply tear these documents up. The migrants are – even if they have a signed application for asylum in Poland – sent back to the border.

How long will you, people offering help, be able to continue?

Many people who come here try to go away for a while to recuperate. Those who have just come here first need to learn how to help, because one cannot just go straight into the forest unprepared. We can also expose these people to danger.

Those acts of improvised help – should the state be doing all this?

I have no faith in this state anymore. I have no faith after what I’ve heard, what I know, what I’ve seen; I do not believe that the [Polish] state treats these people like human beings. They are treated worse than animals. No one’s concerned about their lives. 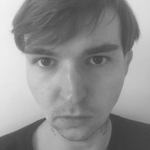 Green light: this is where refugees can find help. We want to give them hope [INTERVIEW]