The conservative right-wing Confederation of Non-governmental Initiatives of Poland is one of a number of local charities outraged by government plans to take over the Norway Grants. The government sends mixed messages. Culture minister, Piotr Gliński, says one thing, government minister for equal treatment and civil society, Adam Lipiński contradicts him

The ruling Law and Justice raged a battle last week to take control of the Norway Grants, a grant programme for new EU Member States offered by Norway, Iceland and Liechtenstein in support of democratic processes, civil society, innovation and sustainability.

The operator of the programme has been selected in an open competition. The Stefan Batory Foundation and the Polish Children and Youth Foundation were selected to manage the distribution of EUR 37 million in 2013 – 2017. The upcoming competition for the next operator raised the attention of Law and Justice. Gliński, told the right-wing portal wPolityce.pl that we are of the opinion that Norway Grants are public funds under the control of the Polish government. I don’t think the Batory Foundation could again play the role of the operator. We recommend the National Centre for the Development of Civil Society (NCDCS).

The NCDCS project is lead by Wojciech Kaczmarczyk, Director of the Civil Society Development Department at the Office of Prime Minister, Beata Szydło. NCDCS is supposed to take over all public funds allocated to non-governmental organisations. Norway has said no and negotiations have dragged for months.

The attack against the Batory Foundation, the current operator of Norway Grants, has been mounted by right-wing non-governmental organisations and media supporting the ruling party. The recently established Confederation of Non-governmental Initiatives of the Republic of Poland accused the Batory Foundation of supporting NGOs in metropolitan areas and promoting ‘controversial’ projects that violate Polish law, e.g. LGBT or women’s reproductive health projects. Right-wing media have gone through the roof. Norwegian ‘millions’ made the headlines everywhere. Conservative talk show host, Jan Pospieszalski, made alarming remarks in his public TV “Warto rozmawiać” [It’s Good to Talk] show regarding ‘public’ money being spent on ‘ideology-driven projects’ such as Marital Equality for All or Rainbow Families.

It seemed that the Confederation of Non-governmental Initiatives of the Republic of Poland would be Law and Justice ally in the battle over these funds. It was supposed to be the voice of small ‘excluded’ or ‘unheard’ non-governmental organisations giving public legitimacy to the government’s plan. However, at a press conference today (5 April), Confederation activists spoke in unison against NCDCS. Ilona Gosiewska, President of the Oder-Nemen Association, Confederation board member, said: We do not actually see how NCDCS could manage the fund. We want operators in the regions. Tymoteusz Zych of Ordo Iuris, another Confederation  member organisation, added: We prefer a funding model that would put non-governmental organisations themselves in the leading role. This is not a political but  rather a technical statement. Regional operators are what we positively recommend for the market of ideas. Zych stressed that for a government institution to manage such funds would be quite unusual in Europe. He is quite right.

Wojciech Kaczmarczyk argues in favour of NCDCS by quoting the Latvian case where a parliament-controlled institution was given control over Norway Grants. He forgets to mention that none of the NGOs there had met the competition criteria. There is no issue with that in Poland.

Contradictory Communication from Law and Justice

OKO.press has asked government minister for equal treatment and civil society, Adam Lipiński for comment. The reply was a complete opposite to what we have heard from the Confederation. You have been poorly briefed. They [the Confederation] actually want NCDCS in this role. It is the Norwegians who do not want to agree to this. They want regionalisation and we fully support this, said Lipiński. When asked directly whether the National Centre for the Development of Civil Society would be the operator, Lipiński replied: Of course, NCDCS would make sense but the donors want another non-government organisation. We are negotiating and we have just had another meeting. We want to make sure that these funds are not just awarded to organisations in the capital. We want to see decentralisation.

This is not the first time the Law and Justice ‘message of the day’ about NCDCS is not consistent and government idea are fiercely resisted. Wojciech Kaczmarczyk has accelerated the legislative process on a number of occasions announcing that  NCDCS enabling legislation will enter into force in Q2 of 2017. Meanwhile, Adam Lipiński has unexpectedly stated in an interview to ngo.pl that the Centre will be launched next year.

This might be the reason why the Government Legislation Centre and and Prime Minister’s Legislative Council wrote a letter to Adam Lipiński on 27 February 2017 saying the draft law was not constitutional.

Leading non-governmental organisations have warned for months that to launch NCDCS is centralist coup and an attempt by Law and Justice to lay their hands on the money earmarked for the civil society sector.

Ewa Kulik, Director of the Batory Foundation, told OKO.press that it was good that the Government Legislation Centre made a fair assessment of the quality of the bill and echoed the concerns of non-governmental organisations, including the key concern that the bill does not solve the problems identified in the explanatory notes. It is a poor quality piece of legislation, both technically and on merit. Why would anyone want such a Centre is not clear. 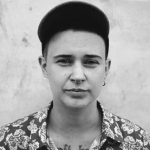