Law and Justice party (PiS), has been ruling in Poland for nearly two years, since the election in November, 2015 gave them a steady majority in the parliament. Yet it took them just one day to overturn the democratic order in the country once and for all. Since July 12th 2017 all courts in Poland are now under threat of being controlled by the ruling party

With two bills passed already by the lower house of the Polish parliament, and a third one awaiting the final vote, the rule of separation of powers has lost its validity in Poland.

From now on legislative, executive and judicial powers will be concentrated in the hands of one institution, which is Law and Justice government of Poland. More precisely in the hands of the Minister of Justice, Zbigniew Ziobro.

New pieces of legislation give him the right to appoint and dismiss practically all judges, including those at the Supreme Court. The new law goes as far, as to allowing him to hand-pick judges for particular court cases.

It is more than obvious, that these changes go in complete contradiction to The Constitution of Poland. Just like in the case of the late Constitutional Tribunal.

OKO.press is a non-profit, investigative journalism and fact-checking project created to preserve freedom of speech and secure access to information in Poland. Launched June 15, 2016, OKO.press became a widely recognised medium supported by unique community of readers. Human rights violation (esp. women and minorities), clamp on the rule of law, the destructive reform of education, the disastrous environmental policies, the threat to the civic society, including NGOs and the rise of xenophobia including the anti-immigrants rhetoric – are in the point of focus of OKO.press.

If you are concerned with the anti-democratic politics of the ruling party and its consequences for the future of Poland and Europe, please contribute to OKO.press. Even one euro makes a change. The Polish text says: “Subscription to the freedom of speech”. You may use PayU or traditional money transfer. Amounts in Polish zloty. 1 euro = 4,2 zloty.

The other option would be money transfer for:

Here is how prof. Ewa Łętowska of Polish Academy of Sciences, explains in simple words, how PiS crushed the judiciary system in Poland:

The civil society is not laying down its arms

New legislation caused an outrage in the entire country and was strongly objected by the opposition inside and outside of the parliament, non-governmental organizations, as well as the legal community.

The official statement of Helsinki Federation for Human Rights:

The draft law amending the Supreme Court Act, brought to the Parliament by the governing majority, is an attempt to introduce an unconstitutional change to the system of government of the Republic of Poland and contravene the principle of the separation of powers (Article 10 of the Constitution).

The termination of tenures of all the Court’s judges and granting the Minister of Justice a competence to single-handedly decide which judges will remain in office in this most important Polish court is tantamount to the revocation of the Supreme Court’s independence. Such a solution is applied only by the governments of authoritarian states.

An independent Supreme Court plays a key role in a democratic state ruled by law. Not only it exercises the supervision over common courts regarding rulings, but it also adjudicates upon the validity of the parliamentary and presidential elections.

The draft law on the Supreme Court deepens the Polish constitutional crisis, ongoing since November 2015. A day after the Act on the National Council of the Judiciary was amended, the governing majority strengthened the political influence on the administration of justice in Poland. This in consequence will lead to a situation when the basic human right to a fair trial by an impartial court becomes illusory.

The Official Statement of the Warsaw Bar Association of 13 July 2017 r.

Yesterday, at late-night hour a legislative proposal amending the Supreme Court Act (draft bill No. 1727) has been filed to the Sejm (the “Draft Bill”). On the same day the Draft Bill was referred for its first reading.

Article 87 sec. 1 of the Draft Bill states: „As of the day following the date of entry into force of this Act, all judges of the Supreme Court appointed in accordance with currently binding provisions of law, excluding judges selected by the Minister of Justice, shall be granted a retirement (stan spoczynku). As of the date of entry into force of this bill, the Minister of Justice, in his notification in the Official Journal of the Minister of Justice (obwieszczenie w dzienniku urzędowym Ministra Sprawiedliwości), shall designate judges of the Supreme Court who shall remain in active service, taking into account a necessity of introducing organizational changes resulting from the system change and maintaining continuity of works of the Supreme Court”.

The above legislative proposal is a matter of an utmost concern. The draft provisions vest in the Minister of Justice – a representative of the executive power, an active politician and General Prosecutor who is superior to all prosecutors of the State – an unlimited power to appoint both, judges of the Supreme Court and the First President of the Supreme Court. The planned amendment to the law must be assessed as a clear violation of the principle of judicial independence, the principle of separation of powers and the democratic rule of law.

The Draft Bill aims at depriving all citizens of right to independent and impartial judiciary guaranteed under Article 45 of the Constitution of the Republic of Poland and Article 6 of the Convention for the Protection of Human Rights and Fundamental Freedoms.

An impartial and independent judiciary is always a guarantee of an effective protection of each individual’s all rights and freedoms. 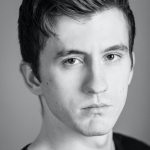