'Advertising 'contributions' will mean the weakening or even liquidation of some media operating in Poland,’ write media publishers in Poland in a letter to the authorities. The government wants to introduce a new levy under the pretext of fighting the Covid pandemic.

‘We are addressing the announced new, additional charge on media operating on the Polish market, misleadingly called a ‘contribution’, introduced under the pretext of Covid-19.

This is simply extortion, striking at the Polish viewer, listener, reader and Internet user, as well as Polish productions, culture, entertainment, sport and media’ – reads an open letter to the Polish authorities and leaders of the political groups.

It was signed by several dozen media titles, including OKO.press (the list is being updated). The full text of the letter can be found here.

It is a protest against the so-called solidarity tax on media, which the United Right governing coalition wants to introduce.

Why the government wants to introduce the new levy precisely now? What the money obtained in this way should be used for? What threat this Act poses to the media?

More than 40 statewide and local publishers oppose the announced advertising tax which may shrink media pluralism due to its selective nature. pic.twitter.com/mXl0XHksBw

A pool for the battle against the virus

A draft 'Act on additional revenues of the National Health Fund, the National Fund for the Protection of Monuments and the establishment of a Fund for Supporting Culture and National Heritage in the Area of the Media’ prepared the Ministry of Finance was included in the list of legislative and programme work of the Council of Ministers at the beginning of February 2021.

This applies to a levy on revenues from advertisements published in the media. Where did the idea for such a levy come from? The government claims this is about the battle against the coronavirus.

The justification reads: ‘in view of the long-term consequences of the emergence and spread of the SARS CoV-2 virus and its impact on the health of the population, the legislator sees the need to introduce special solutions to facilitate measures to minimize its impact on public health’.

The government estimates that revenue from advertising in 2022 could amount to almost PLN 800 million (approx. 180 million euros) . The government wants to allocate this money to three funds:

This is a government bill and reservations can be submitted up to 16 February.

The bill is supposed to come into force in July 2021.

Up to 15% of advertising revenues

According to the bill, ‘media service providers, broadcasters, cinema operators, entities placing advertisements on an outdoor advertising medium and publishers generating advertising revenues’ of over PLN 1 million, will be obliged to pay the contribution. This threshold is 15 million for press publishers.

The levy will have different rates, ranging from 2% to as much as 15%. And therefore, for conventional advertising:

However, the rates will be even higher for certain product groups. This applies to the so-called ‘qualified goods’, namely medicinal products, dietary supplements, medical devices and beverages with sweeteners. In this case, the premium will be from 4% to as much as 15%.

As for online advertising, the contribution is to be 5%. It would include ‘digital giants’ with global revenues of EUR 750 million and revenues in Poland of EUR 5 million.

Their own will not suffer, the others will be hit hard

Why did the ‘advertising tax’ electrify publishers so much and incite the protest? There are several reasons:

Such action by the government primarily gives rise to suspicions that the true intention of the new act is to strike at and weaken the media in Poland. Selected media, of course. Although advertising premiums are to be paid by all publishers, the ruling camp can, after all compensate the loss to the media that are favourable to it.

Translated by Roman Wojtasz for the Rule of Law in Poland and OKO.press. The article was published in Polish at OKO.press. 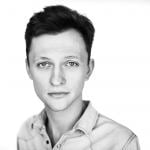