Polish PM Morawiecki in the land of post-truth. 7 most blatant lies

We use the word "blatant" not to offend the Prime Minister, but to highlight that his statements concern quantifiable issues – statistics and numbers. These are not exaggerations, bad interpretations, manipulations or half-truths. These are straightforward lies, repeated systematically. Real numbers can be easily obtained from public institutions

Polish PM Mateusz Morawiecki lies – and on top of that, he does so notoriously. If this wasn’t enough, his lies are easily verifiable, as they concern quantifiable issues. But this doesn’t bother Mr Morawiecki, who produces numbers out of the thin air – as if, in his reality, two plus two didn’t equal four anymore.

An important question comes to mind: and so what? This is exactly the same thing that the U.S. president Donald Trump is doing – and he is the leader of the most powerful democracy in the world, and one with the oldest written constitution. CNN counted that during his 466 days in the office, president Trump has lied over 3 000 times. On average, this equals to 6.5 lies daily.

We – citizens, voters, journalists, both in Poland and in the U.S. – are getting used to it. The simple fact that the leaders of our countries are notorious liars does not outrage us anymore. We have started to consider it as „the new normal”.

This is the success of the lying politicians. It means that they have managed to drag us into the land of the post-truth, where truth and lie are no longer relevant categories. The only way not to get dragged into this half-scary, half-funny world, is to constantly repeat the basic division between truth and lie.

We gathered seven especially blatant lies of PM Mateusz Morawiecki. We use the word „blatant” not to offend the Prime Minister, but to highlight that these statements concern quantifiable issues – statistics and numbers. These are not exaggerations, bad interpretations, manipulations or half-truths. These are straightforward lies, which are told repeatedly. Real numbers can be easily obtained from the Central Statistical Office, we also received them from other governmental institutions and Eurostat.

Facts: According to the information that OKO.press obtained from the Office for the Foreigners (department of the Ministry of Interior Affairs, responsible for refugees), there are 11. 7 thousand Russians citizens legally residing in Poland, including 2.4 thousands Chechens, who received some form of international protection.

Moreover, there are around 1.5 thousand Chechens, who applied for refugee status in Poland and are waiting for the final decision. Altogether – around 4 thousand people, 6 times less than the number claimed by PM Morawiecki.

Taking in refugees by Polish governments during the Chechen wars in is indeed a reason to be proud – but it contrasts sharply with the policy of the current government, which consist of not letting in asylum seekers by blocking the Polish-Belarussian border crossing, and rejecting majority of the asylum applications.

Lie nr 2: Money for the disabled

Claim: „Before the PiS government, families with disabled members got around two thousand zl/month, today it is three thousand zloty” – meeting with the inhabitants of city of Znin, 28/04/2018

„We increased the budgets of people disadvantaged by fortune from 2 thousand zloty to 3 thousand zl – by 50 percent. These are the real means in the budgets of families with disabled children” – speech in the Polish parliament, 6/06/2018

Facts: Indeed, there exists a small group of families with disabled children, who by the end of 2018 will receive 2 550 zl, as opposed to 1996 zl in 2015. This means that the benefits will increase by 28 percent, and not 50 percent, as claimed by PM Morawiecki.

This is the result of the law passed in 2014, and the protest by disabled persons in the Parliament in April and May 2018. But there are many more people with disabilities than this narrow group, and their budgets is far from close to PM’s claims.

What is the strategy of PM Morawiecki? He sums up the benefits for a small fraction of disabled people in Poland, and the benefits of caretakers, who gave up their jobs, and presents it as if it concerns all of the families with disabled children in Poland. On top, he quotes false numbers. The 28-percent increase in the family budgets will apply only to 117 thousand families.

Claim: „Poland is a new home for 1,5 million citizens, in majority coming from Ukraine. They are not registered as refugees, because our procedures allow them to get work permits” – speech in the European Parliament in Strasburg, 4/07/2018

„I also spoke of the Russian-Ukrainian war and of million of people, who are mostly people migrating for work (…) but thousands of them are people coming from war zone, without roof over their heads – typical war fugitives from Eastern Ukraine” – speech at the European Commission, 09/01/2018

PM Morawiecki manipulates the public by obliterating the difference between refugees and migrants – as if it did not matter. According to the data of the Ministry of Labour, in 2017 Polish local councils issued 235 000 work permits for foreigners, and registered 1.8 mln documents stating the so-called „intention to hire a foreigner”. 85 percent of work permits and 95 percent of documents stating the intention concerned Ukrainians.

Thus, the Ukrainians in Poland referred to by PM Morawiecki, are economic migrants, and not refugees. Even if some of them indeed fulfill the criteria of being a refugee, and Poland refuses to recognise it and support them adequately – it is nothing to be proud of. Rather, the Polish government should be ashamed.

Lie nr 4: 40 billion zlotys torn from the hands of mafia

„The changes that we introduced resulted in us getting back 10 billion euros. You should appreciate it, this is the money, which also belongs to the EU budget” –

Facts: The VAT gap was probably diminished by 13 billion zloty – around 3 billion euros.

For many years, the Polish VAT gap – the difference between theoretical and real influx from this tax – has been the highest in Europe. According to the data published by the European Commission in 2015, it amounted to 41 billion zl (around 10 billion euros).

The PiS government likes to brag about narrowing the gap – and it has a solid basis to do so, even though some of the legal changes were designed and implemented before PiS got into power. The reforms started bearing fruits in 2017. In the governmental budget report from 2017, the influx of the VAT was estimated at 156.8 billion zl. It was 30.2 billion zl higher than in 2016. This is a big increase of 23.9 percent.

However, 2017 in general has been a good year for Polish economics. The GDP has risen by 4.6 percent, and the consumption by 4.8 percent. This does not explain totally the increase in TVA inflow – the „narrowing of the gap” matters. How much exactly? Analysts estimate it at 8 to 17 billion zloty. This is a big sum, but not 40 billion, quoted by PM Morawiecki. The real number is 3 times lower.

Claim: „The Polish state does not consider relocation a good solution to the migration problem. We’d rather focus on helping the really disadvantaged refugees, who stayed home” – interview for PAP, 13/02/2018.

Facts: According to the numbers obtained by OKO.press from the Ministry of Foreign Affairs, in 2017 the public expenditure for foreign aid amounted to 0,09 percent of GDP. During the whole year, foreign aid costed an average Pole 4.3 zl (around 1 euro). We have spent much more for servicing the Presidential Office.

It is precisely the famous „foreign aid” which serves as a justification for the Polish government not to accept any refugees from the Middle East and North Africa: we do not take in refugees, but we invest in their countries of origin.

Guess what – despite a considerable increase in foreign aid since 2016, Poland is still very far off from achieving the average recommended by the UN – we spend 8 times less.

In 2017 we alloted 0.009 percent of GDP, or 166 million zloty to foreign aid. This sum mainly consists of the mandatory contribution to the EU’s Turkish Instrument. In the Middle East, Polish foreign aid projects costed 11.4 milion zlotys and were implemented by Caritas Poland (in Jordan and in Iraqi Kurdistan), Polish Centre for International Aid (in Lebanon), and Polish Medical Mission (in Jordan).  None of the projects were implemented in Syria – probably because the Ministry of Foreign Affairs is aware that „solving the migration problem at the root” is impossible in a place, where war is still going on.

Foreign aid is not a serious position in the state budget. According to the budget plan for 2018, we will spend more for servicing the Presidential Office (more than 200 milion zlotys). We will spend two times more for the Institute of National Remembrance (363 million zlotys).

Lie nr 6: The salaries are rising like they never have

On top of that, according to the data of the Main Statistical Office, 60 percent of employees gain less than the medium income. The median – the middle value, where half of the employees gains more, and the other half gains less – is rarely quoted by the Main Statistical Office. In October 2016 it amounted to 80 percent of medium income – 3511 zloty brut, so around 2,5 thousand zloty net. Taking into account the pay rise, today the median salary probably amounts to 2800 zl net.

Lie nr 7: Poland as the factory of Europe

Claim: „EU Commissioners couldn’t believe their eyes – but it is the data that they produced themselves! Two thirds of new jobs in the EU industry sector were created in Poland” – speech in the Parliament, 10/10/2017

„In 2017 two thirds of new jobs in EU industry was created in Poland. They started calling us the factory of Europe” – PM’s yearly report in the Parliament, 12/12/2017

Where did PM Morawiecki get his „data”, which he quotes with such Trump-esque insolence? We explain it at the end of the article.

Despite the fact that Eurostat data are publicly available, just in case, OKO.press asked Eurostat for detailed data on this topic. What did we find out?

Altogether, in the EU the new jobs increase in the industry amounted to 1.8 percent. It means, that in the period that PM Morawiecki is talking about, there were 591 000 new vacancies created in the EU’s industry. Poland contributed to the one fifth of this increase – which is a very good result, but it is very far off from the two thirds that the PM Morawiecki is claiming.

Where did PM Morawiecki get his fake numbers?

In September 2017 the website www.money.pl published an article about employment in the industry in the two first quarters of 2017, based on seasonally unajusted data. The sensational (and untrue) headline was then repeated by the right-wing media, and then by PM Morawiecki. And he keeps repeating it as a fact, even though publicly available data do not leave any place for doubt – Poland indeed did well, but not as well as in Mr Morawiecki’s fantasies.

What is even more interesting is the fact that Morawiecki quotes this headline as the opinion of the „EU commissioners”. 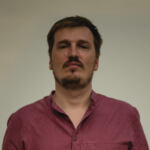