Polish government, arm in arm with Hungary, the Czech Republic and Italy, blocked Frans Timmermans’s candidacy for head of the European Commission. Over the last three years, the narrative of the Law and Justice party has portrayed him as a dark figure oppressing Poles in the name of "left-wing ideology" and his own career. Obvious lies.

Why do Law and Justice politicians feel such animosity towards Timmermans?

Timmermans is the first Vice-President of the European Commission and Commissioner for Better Regulation, the Rule of Law and the Charter of Fundamental Rights. That is why he is active in the struggle for the rule of law in the Member States, not only in relations to Poland, but also Hungary, Romania and the Czech Republic (for example, concerning the relocation of refugees).

The right wing was also incensed by Timmermans’ support in the european elections campaign  for Robert Biedroń, leader of the new progessive party Wiosna. He visited Poland several times during the campaign, taking part in “Brainstorm” meetings organized by Biedroń’s “Wiosna”.

Law and Justice politicians claimed that this violated the Treaties, but in fact Timmermans’ activities were consistent with EU law.

Frans Timmermans is being attacked in four ways. Firstly, in the Law and Justice narrative, the Dutchman knows nothing about Poland nor the specificity of the region, so he should not comment on Polish matters.

Secondly, they say he has no right to express his opinion on such matters and to conduct disputes with Member States (recall that Timmermans is the Commissioner for the Rule of Law in the European Commission).

Thirdly, they claim that Timmermans, as a socialist, is waging an ideological war with the “conservative” countries of the region.

Fourthly and finally, he is doing all this in order to further his career in the EU.

What does Timmermans know about Poland?

Indeed. What does Timmermans have in common with Poland? In 2004, Timmermans played an important role in the rehabilitation of Polish General Sosabowski and his airborne SBS brigade, which was liberating Netherland in 1944. As a result, Sosabowski was posthumously awarded the Netherlands’ highest military medal – the Bronze Lion.

As Katarzyna Lubnauer recalled, in 2006 Timmermans was awarded the Officer’s Cross of the Order of Merit of the Republic of Poland by Lech Kaczyński for his “merits in popularizing the participation of Polish soldiers on the fronts of World War II.”

This is not the only decoration received by Timmermans. In 2014, Bronisław Komorowski awarded him the Grand Cross of the Order of Merit “for outstanding merits in the development of Polish-Dutch cooperation”.

“Timmermans knows the history of Poland well, because he has extensive historical knowledge. It’s his hobby. He can talk about such topics for hours. During his first meetings with Prime Minister Morawiecki and Minister Czaputowicz it was these conversations that broke the biggest ice,” an anonymous diplomat said about Timmermans, cited by Tygodnik TVP.

What does he know about Central Europe?

Perhaps Prime Minister Morawiecki did indeed discuss the history of Poland in person with Timmermans. Publicly, however, he claims that Timmermans is ignorant of historical conditions, as all foreign critics of the changes to the judicial system implemented by the Law and Justice party are said to be.

The Prime Minister said in the 2 July 2018 edition of the magazine “Sieci” that the root of the conflict with the European Commission over the rule of law in Poland is “a deep misunderstanding by Western partners of the changes taking place in Central Europe”.

What does he know about the Polish constitution?

“Commissioner Timmermans takes it very personally. Everything is slipping out of his hands, he is very upset and that is why he reacted in the way he reacted (…) One man puts himself in the position of prosecutor, judge, and enforcer; he thinks he knows what is happening in Poland, how it looks from the legal point of view,” said MEP Ryszard Legutko on TVP Info in February 2017, and added that Timmermans “does not know the basic facts about the dispute over the Constitutional Court”.

“This is arrogance and a lack of basic knowledge about what is happening in Poland,” said MP Ireneusz Zyska of the Free and Solidary Party on in TVP Info in July 2017. He also called him “the European gendarme”.

Timmermans himself summarised this type of argument when accepting the “Man of the Year 2017” award from Gazeta Wyborcza: “Thus, when the constitution requires the publication of judgments of the Constitutional Court, the government cannot say ‘This verdict is good, we’ll publish it, but we don’t like this one, so we won’t publish it. If the constitution says how judges of the Constitutional Court should be appointed, we cannot say: ‘I’ve got a majority there, so I’ll do it differently.’”

But Timmermans’ involvement, according to Law and Justice politicians, results not only from ignorance, but also from an ordinary aversion of the Dutchman to Poles. “This is his personal crusade,” said Ryszard Legutko in 2017.

“We don’t want the new President of the European Commission to be a politician with some anti-Polish obsession. And there are candidates who have this kind of obsession. For example, Frans Timmermans,” said MEP Ryszard Czarnecki on 19 June during the TV programme “O co chodzi” on TVP Info. But these words are relatively gentle. In January 2018, Czarnecki awarded Timmermans via the newspaper Gazeta Polska Codziennie an “anti-polish prize for an anti-Polish body of work.”
“Tremendous saboteur, orchestrator of Poland’s tarring and feathering,” – this is how Jacek Saryusz-Wolski referred to Timmermans on Twitter.

In July 2017, the Law and Justice MP Łukasz Schreiber expressed his outrage by saying “The impudence that has become a sad tradition in Mr Timmermans’ speeches (…) Who is Mr Timmermans to issue an ultimatum to Poland?”

Joachim Brudziński, Minister of Internal Affairs and Administration, said on April 2019 of Timmermans “He’s got some phobia about Poland. (…) Mr. Timmermans sees a problem with Poland because European Parliament elections are approaching.”

“I’m not sure it’s a conflict. One commissioner, who’s got some sort of phobia about Poland, makes certain statements,” said Deputy Minister of Justice Michał Wójcik in December 2018.
“He’s one of our fanatical opponents,” said Zdzisław Krasnodębski, Vice President of the European Parliament, in April 2019.

“Timmermans is leading an ideological war”

“So a true warrior has been found. Timmermans is a good warrior – and he cannot be disregarded as an opponent, for which I respect him – but he is an ideological warrior who does not accept those who are different, any views other than his own and liberal democracy, and he wants to force his own vision on all EU countries,” said Viktor Orbán on 1 July of this year. This is to a large extent true, as the European Union is based on the model of liberal democracy, instead of “illiberal democracy” or electoral autocracy, as some European politicians would rather see it.

A similar tone was struck by Andrzej Zybertowicz, advisor to Polish President Andrzej Duda, in April 2019 on the TV programme “Woronicza 17”: “Timmermans is obsessed with the ideological vision of a left-wing society that he would like to institute in Poland. (…) He doesn’t enjoy much support in his home country, but he has piggybacked on a certain ideological trend alive in the EU. This trend employs hypocrisy towards Poland. (…) Fire is trained entirely on Poland, because it is opposed to the vision of artificial acceleration of European integration without respect for the Constitution.”

Frans Timmermans must be a special sort of “leftie”, as a married Catholic with four children.

“Soros enjoys enormous influence around the world, he is a very rich man. He is a sponsor of certain values, certain concepts of development, a propogandist. Timmermans comes from a similar camp, left-liberal. Their thinking is similar,” said Witold Waszczykowski, a Law and Justice MP and former head of the Ministry of Foreign Affairs, in an April 2018 interview with niezależna.pl. “The lack of consensus today in Brussels and Timmermans’ negative opinion on Polish legislation may be a product of intervention by Soros,” he added.

This was not an idea he came up with himself – Viktor Orbán regularly accuses Timmermans of working with Soros.

“Timmermans represents the Dutch Labour Party, the left. He is devastated that Poland is the only one of 28 EU countries without a left-wing presence in parliament. It’s this disappointment that has led to certain emotions, to Timmermans’ attitude towards Poland,” said Ryszard Czarnecki on TVP Info in February 2017.

Made his career fighting Law and Justice

In the right-wing’s narrative Timmermans is not only ignorant and disappointed that leftie tentacles have yet to wrap themselves around the Polish parliament. There is a deeper political plan – he wants to have a career in the EU. As Polish politicians put it, his previous career has failed to impress, and Timmermans is supposedly devoid of political support.

“Frans Timmermans is involved in one side of the political dispute in Poland. He is extremely active on this issue. Politically he’s bankrupt in his own country, so he is looking for a way to make a name for himself internationally,” said Jadwiga Wiśniewska, Law and Justice MEP, in an April interview for wpolityce.pl.

Tomasz Rzymkowski, a Kukiz’15 MP, said in April 2019 of Timmermans that “he’s a figure from the medieval ages. A sort of John the Lackland, without a scrap of land to his name.”

In Holland, Timmermans’ Labour Party did indeed perform poorly in parliamentary elections. But it won the last elections to the European Parliament, taking 19 percent and 6 out of 26 seats (the Dutch political scene is much more fragmented than in Poland).

From the statements of Law and Justice politicians we could conclude that the Dutch voted for Timmermans to thank him for his fight for the rule of law in Poland. There have been countless statements imputing that the activities of the Commissioner for the Rule of Law are merely part of a campaign. Here are just a few examples:

“We’re going to fight with all those Timmermans”

All of the headlines cited above come from the beginning of April 2019, and only from one website. Wpolityce.pl, aligned with Law and Justice, is practically obsessed with Timmermans. During more heated moments, such as the most recent EU summit, the website run by the Karnowski brothers has been known to publish around a dozen articles about Timmermans in the space of a single day! There are very few Polish politicians who have been the object of so much attention.
According to right-wingers, Timmermans is directly involved in and responsible for essentially everything that is happening in Europe. We return to the headlines published by wpolityce.pl:

• Timmermans won’t notice this either? Shocking video! During the riots in Paris, a policeman threw… paving stones at people (2 May 2019)
• What are they saying?! Weber argues: “Islam is a part of Europe.” Timmermans adds: “For 2,000 years. Ok, maybe 1,500” (14 May 2019)
• What arrogance! Timmermans threatens Central Europe: Without solidarity over refugees, sooner or later the borders will come back (16 May 2019)
• “How long will it remain blind to political hacks?” Wiśniewska queries the European Commission about Timmermans (11 April 2019)
• Leszek Sosnowski: We entered the EU, but now we’re in a dictatorship! How can Timmermans be dismissed? (27 March 2019)
• Bullseye! Orbán pulls no punches: Soros embodies the disgusting face of globalism, and Timmermans is his ally (3 March 2019)
• Timmermans threatens again (19 February 2019)
• Timmermans’ vulgar agitprop at congress of Hungarian socialists: “Nationalists want to rewrite history for their own purposes ” (17 February 2019)
• What now, Mr Timmermans? Brutality by Dutch police towards a woman in a yellow vest (6 January 2019)

He is the inspiration for one of Barbara Piela’s sock puppets, the “Franek Timmermans” troll account on Twitter, one among several affiliated with Dominik Tarczyński.

In the eyes of the Polish right-wing, Timmermans has simply become the archetypical all-powerful Eurocrat. An implacable enemy, an outsider wielding a giant and secretive force that must be resisted at all costs. As Patryk Jaki recently put it, “somebody from the Ministry has to go to the European Parliament to take care of our business, to fight with all those ‘Timmermans’”. 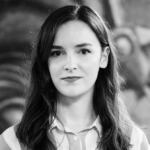