Students and professors are occupying the Rector’s office. They are protesting against a reform which aims to limit the autonomy of the universities, transfer control from the academic community to the government and introduce a business-style management system

Students and professors from the University of Warsaw began the protest on Tuesday, June 5, 2018 in defense of the university’s autonomy. The protest is aimed specifically against the “Bill 2.0”, a controversial reform of the university education system pushed by Jarosław Gowin, Minister of Science and Higher Education. The bill will be voted in the Parliament in a matter of days.

A group of about 50 students and members of academia is occupying a balcony and a corridor in the Rector’s office, with banners, tents, sleeping bags and food supplies. Meanwhile, professors who support the protest give lectures and organize debates outside the building.

Currently, the universities in Poland are governed democratically, in a bottom-up fashion: departments choose their own Deans, and the Deans choose the Rector (University’s President). The new bill is under criticism as it will take control away from the academic community and transfer it to the Rector (University’s President), who will become almost almighty, and to „University’s Council”, a new type of management body, which will consist mostly of people external to the university.

The Bill 2.0 also aims to transform smaller, regional universities into teaching-only facilities by taking away their research budget and ending their right to give PhD titles. This will limit the educational chances of inhabitants of smaller cities. Furthermore, the Ministry of Science will gain more control over the programs of faculties.

The protesters have 11 demands:

2. Bar university boards from nominating their own candidates for the provost positions and setting university strategy.

3. Maintain the current departmental structure and guaranteeing it in the legislation.

4. Universities without political bias. Stop attacking the autonomy of scientific research and

secure the freedom of research from political influence and bias in assigning grants.

6. Increase funding for science and higher education to 2% GDP.

7. Improve living standards. More accessible maintenance grants and scholarships at all levels of education. Improving infrastructure incl. dormitories and housing for students and faculty members and university employees. All these changes are meant to eliminate social and economic barriers and improve access to education and careers in science.

8. Strengthen the law of employment through introduction of a corporate collective labour agreement with a possibility of an industrial strike in response to decisions made by the Ministry of Education or board of provosts.

9. Guarantee publishing in Polish. Firm guarantees to conduct and publish scientific research in humanities and social sciences in Polish.

11. Introduce changes to article 124 section 5. We demand that terminations of employment contracts be done only on the basis of legally binding decisions of the court, and only for intentional offences. 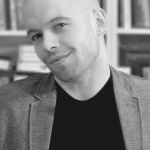